With thousands of new apps popping up daily, it can be hard to keep track of them all – but some deserve the attention. Singpass makes it simple for Singaporean citizens to authenticate themselves, and with formal government support and widespread adoption, it has a lot going for it.

How does Singpass operate? Why is it such a popular option for companies that want to provide convenient digital signing in Singapore? Here's what to know and how to integrate it into your business toolkit.

Getting to Know Singpass 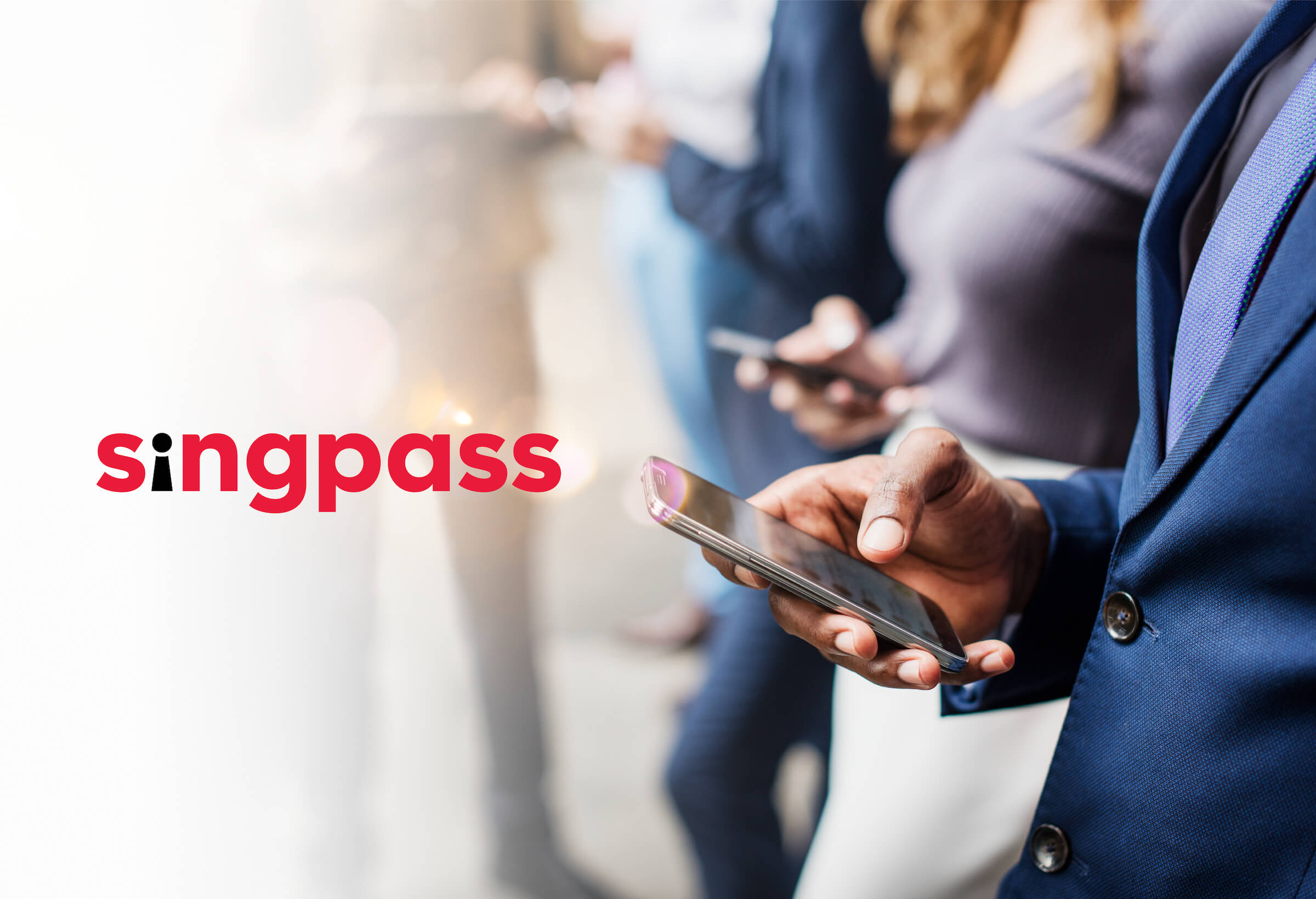 Singpass, or Singapore Personal Access, is part of the Singapore National Digital Identity (NDI) Initiative and was launched in 2003 and serves as a personal authentication system for every resident of the country.

Unlike similar private-sector offerings from companies like Google, Singpass's government backing means it works with numerous official services right out of the box. Singapore residents and businesses can use it to log in to numerous government websites, connect with agencies, apply for loans, receive government letters, and even pay taxes – all without needing to remember or enter passwords.

Many private-sector entities also accept Singpass logins as a straightforward primary form of authentication. These organisations and their clientele benefit from a wider variety of authentication methods than most third-party authenticator apps offer, such as face verification, fingerprint recognition, and one-time passcode options.

Singpass can also assist in filling up personal information into web forms, providing much convenience to users and businesses. The app's authentication tools are also accepted in person at many businesses and venues.

One noteworthy perk that distinguishes the Singpass app from others is that it isn't just for verifying identities at the point of service access. It also includes high-security authentication for document signatories.

Users can use Singpass on their mobile to sign documents by scanning a QR code. This even works if they're not physically present when an agreement is made: They merely need access to their preferred mobile device to digitally sign with Singpass.

Learn more about how to digitally sign with Singpass with this comprehensive, step-by-step guide: 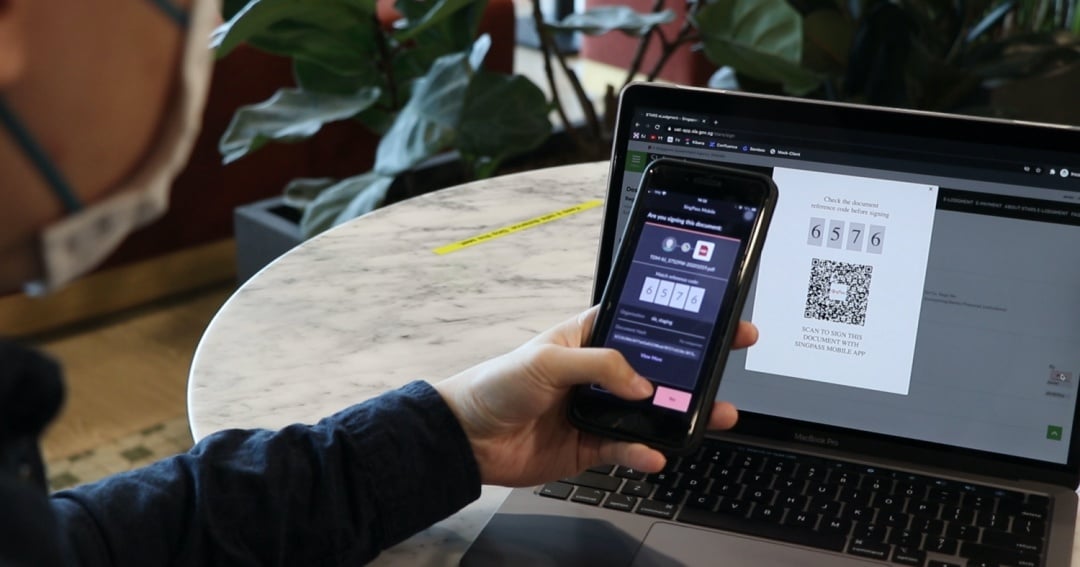 The Benefits of Digital Signing in Singapore

Singpass didn't always include digital signing. The feature first went live in late 2020. Although the transition was partially due to shifts brought about by the COVID-19 pandemic, improving people's ability to social distance while conducting business was only one of the advantages. Modern digital signing in Singapore also enhances traditional document processes in two significant areas: efficiency and security.

Digital signing makes it easier to have documents signs. Since documents can be sent or forwarded via email, businesses like law firms and lenders no longer have to deal with document couriers or snail mails.

Modern apps also update the parties upon document finalisation, so it's easy to trigger subsequent steps, such as filing completed paperwork with government entities, in a timely fashion. As with all aspects of the paperless business world, this benefit is about more than just getting rid of the paper – digital signatures also streamline the workflows associated with document generation and document management.

Getting a client on board with digital signing in Singapore may also present less of a challenge than other options. Since Singaporean residents are likely to use Singpass, businesses don't have to convince them to register for a new account. The same goes for other digital signing methods, which are increasing in popularity worldwide.

Businesses that implement digital signing to replace physical document signing are not sacrificing security in the process. On the contrary, through digital hashing and cryptographic proofs, digital signing is recognised as being even more secure – digital signatures linked to NRIC records can't be faked, and the only person who can sign is the authorised party. The increased security further reduces the workload for companies, which no longer have to verify physical paperwork for signs of forgery.

Interestingly, the way digital signing works might also provide a barrier against illicit behaviour. Secure document management and signature software only send the document to those specified as the signatory parties, and all transmitted data is encrypted by default. In other words, there are few chances that information might be misplaced or waylaid.

One of the most attractive benefits of switching to digital signing in Singapore is that it's already widely accepted at the public- and private-sector levels. Businesses that use the feature don't have to worry about waiting for regulatory approval because officials have been onboard since the start – as is evidenced by the fact that some of the first entities to use the service were banks and major financial institutions.

Today, mobile signatures are essentially as good as their physical counterparts. This includes e-signatures, such as those scribbled on tablets, and digital signatures based on unique identifiers and public-key cryptography, such as those provided via Singpass. Although digital signatures are considered more secure, both are accepted in Singapore, so businesses can provide either option for convenience's sake and still satisfy their legal obligations. 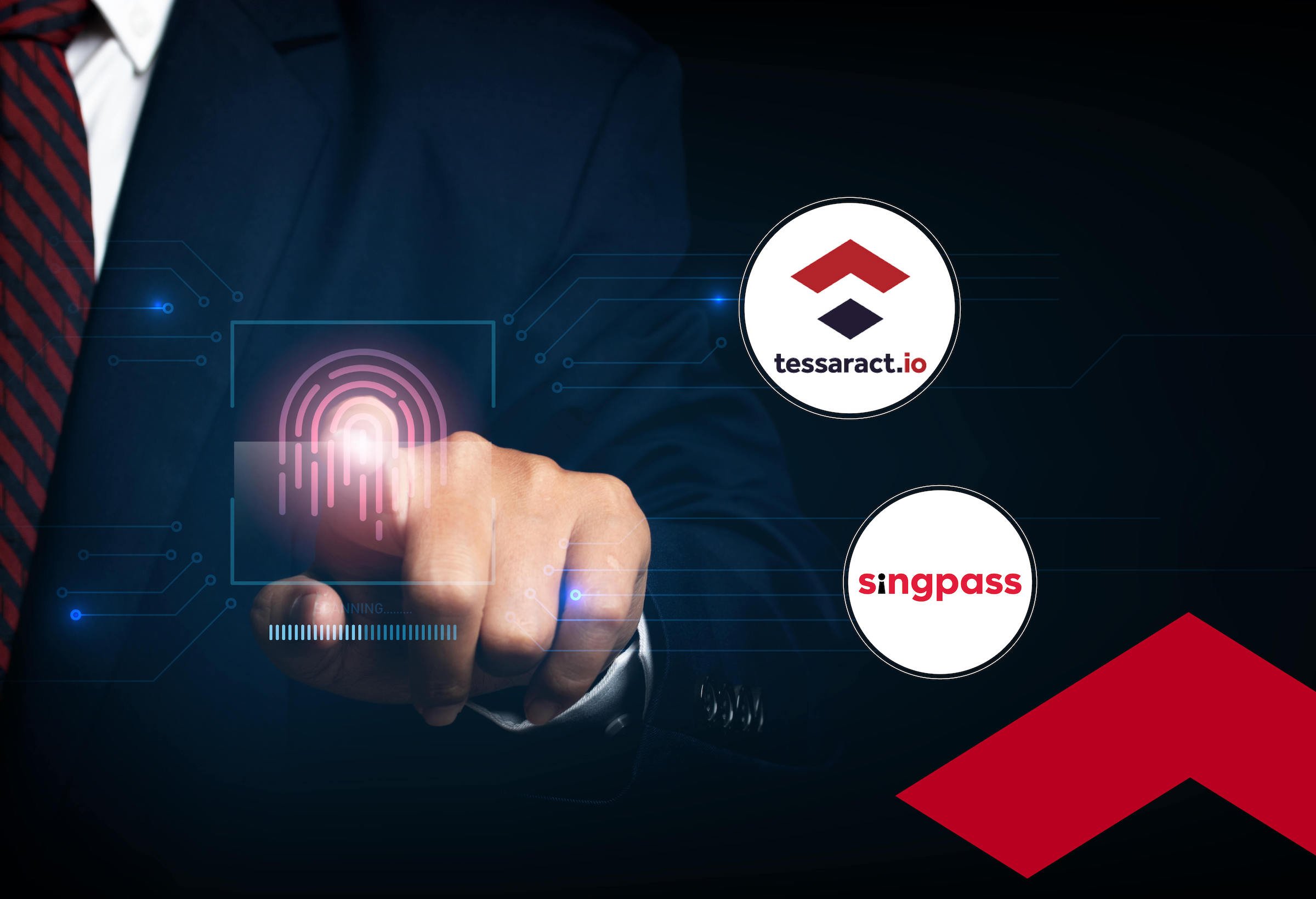 Digital signing is meant to make life easier for businesses and clients, not increase the workload. Finding a partner you can count on to handle the heavy lifting is the wisest choice.

The Tessaract platform makes it effortless to take advantage of full Singpass integration without hiring an entire IT team. With convenient features like one-click document generation, document distribution, integrated document management and custom progress notifications, you can create, sign, and manage vital records from one Tessaract Digital Signing. Alternatively, Tessaract's digital signing feature also allows you to sign you documents easily and efficiently without the need for Singpass. You can learn more about how to do so in our article: How to prepare a document for digital signing on Tessaract

Enhance your productivity with Tessaract Digital Signing – or build an entirely new, more efficient business ecosystem – by requesting a demo.